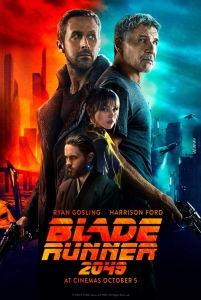 Someone, after seeing the cut of Blade Runner 2049 that was released to theaters called it ‘the most expensive art film in history.’

Blade Runner 2049 is beautiful to look at but there’s a languidness, a subtleness about it that doesn’t do the material any favors. Virtually everything about it is idiosyncratic, from the casting of Ryan Gosling–who makes Keanu Reeves seem expressive–to the way the movie was shot, everything feels as if it’s the result of a singular vision (which it isn’t in the sense that NO movie is a singular vision in the sense that hundreds of people are involved though there’s typically one person making the final decision).

And if we were talking about vision of it’s director, Denis Villeneuve, whom no one apparently suggested that maybe the movie would have been better received if it were a half hour shorter (which it could have easily been done with nary a change in any plot details).

That being said, Blade Runner 2049 is what it is, namely the uncompromising vision of a very expressive, passionate director.

Which was oddly enough the problem; sometimes a little compromise can go a long way.