Currently King_Arthur’s Modular Eagle Transporter project over at LEGO Ideas has 2373 supporters–which is awesome and shows not only support for the great work he has done but much love for one of the most iconic spacecraft in science fiction.

Above is a photo of the Eagle Transporter from Space: 1999 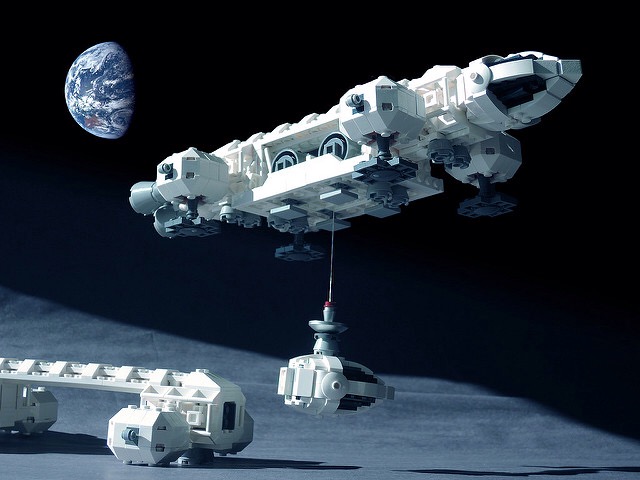 It’s a pretty remarkable likeness, which is particularly significant when you take into account the Eagle is in places pretty curvy, which is not something LEGOS are known for.

The next benchmark King_Arthur’s project has to reach is 5000 supporters and with your help it might do just that (when it reaches 10,000 supporters LEGO will create a kit based on his work, which will be made available  in stores)!

If you’re a fan of Anderson’s show, or just like LEGOs, this project is a way to have your cake and eat it too!