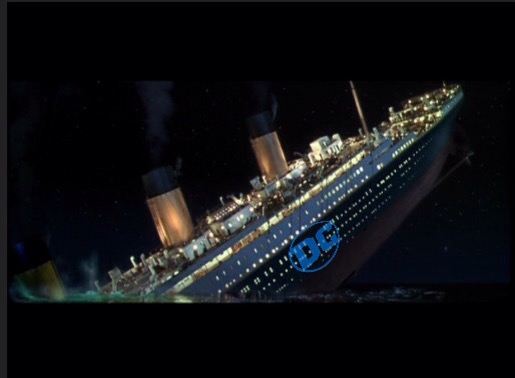 The jury is still out, though what makes the most recent reorganization of DC Films not a bad thing in and of itself in that Warner Bros clearly sees that there’s a problem with their organizational structure and are working to address it.

Unfortunately, it reminds me somewhat of rearranging desk chairs on a little ship that was supposedly unsinkable.

And we all know how well that went.

And I think one of the problems is the dual management system that seems in vogue at DC Films (and by extension, Warner Bros).

In this instance we have Geoff Johns as co-president of the shingle–and let’s be clear.  DC Films isn’t strictly speaking a film studio (like Marvel Studios).  They may have a physical location, but most of the heavy lifting in making a movie is actually done by Warner Bros–and someone to be determined due to John Berg’s departure from the position.

I assume Warners does things this way because Johns brings knowledge of DC Comics, while the second president brings deeper knowledge of Warner’s corporate culture and the knowledge to navigate it to direct resources and systems effectively.

And that’s not a great way to do things. What would be more effective would be a single president of DC Films –and  importantly one who’s well-versed in the comics, though their knowledge has to be by no means encyclopedic because there are plenty of people on DC Comics’ end to supplement it–though the ability to navigate Warner Bros (and the companies that deal with them being more essential).

And let’s look at a crucial reason why.

DC Films movies tend to be significantly more expensive than those from Marvel Studios.  Justice League, before the reshoots by Joss Whedon, had a production budget somewhere in the ballpark if $220-250 million, but can you see all the money on screen (despite the copious–or excessive, depending upon how you look at such things use of green screen)?

Thor: Ragnarök released a few weeks earlier, looks just as expensive, but guess what?  It clocked in at $180 million, which means it has a significantly lower threshold to profitability, something Justice League could really, really use.