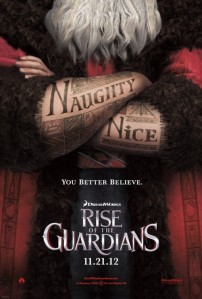 DreamWorks’ “Rise of the Guardians, according to one analyst, is not only a failure, but requires somewhere in the neighborhood of a $95 million dollar write-off.  Sure, that’s not a John Carter-sized sized screwup, but it’s pretty large.

Though, when you think about it, that doesn’t really make sense, and here’s why:  The budget of “Rise of the Guardians” is $145 million dollars.  So far it has earned $279 million.

Let’s compare it with another movie, Disney’s “Wreck-It Ralph,” which as far as I aware has been better reviewed and considered a success (I also haven’t read anything about it losing money, at any rate).

The interesting thing is that it has production costs of $165 million, and has–so far–earned $311 million, almost double its costs.

Using that doubling of production costs as a reference point, it doesn’t appear to me that ‘Ralph’ isn’t doing any better than ‘Rise.’

So why is it, as I have asked before, that ‘Rise’ is somehow losing millions of dollars, and yet no one has mentioned ‘Wreck-It Ralph’s” financials, and how they probably aren’t quite up to par (especially if “Rise of the Guardians” is losing money)

As I have said before, “Rise of the Guardians” could be doing better, but is it nearly the disaster that it’s being made out to be?

I just don’t see it.

2 thoughts on “Is ‘Rise Of The Guardians’ Doing As Badly–From A Financial Standpoint–As Some Say?”