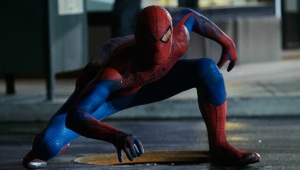 The web site for Marc Webb’s “The Amazing Spider-Man” has been live for a few days now, and from what I have heard about the film–beyond a basic plot synopsis–I find disappointing because it appears that they’re going to tackle his origin.

For the most part I enjoyed Sam Raimi’s take on the character–with the exception of “Spider-Man 3,” which seems to have gotten a bit out of control–but why Webb feels the need to revisit the origin of a character as renown as Spider-Man (who’s origin was covered by Raimi, though in his defense his film was the first).

Why not take the route that Louis Leterrier took with his reboot of “The Incredible Hulk?”  In that film The Hulk’s origin was revealed during the opening credits, which meant that the film could hit the ground running.

That’s cool, but don’t “make” everyone else sit through an aspect of the character that they already know.

Then there’s The Lizard.  Really?  For my money Mysterio is one of the most engaging enemies that Spider-Man has, yet for reason they feel the need to run with The Lizard, a character that’s little more than the Hulk with scales.