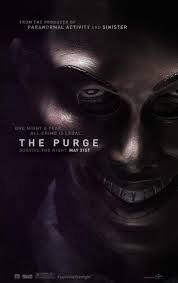 It should come to no surprise that Universal Pictures and Blumhouse (the production single of Jason Blum, who produced the ‘Paranormal Activity’ films as well) are preparing a sequel to “The Purge,” which has gone on scare up over $34 million at the North American box office.

Foreign returns are significantly weaker, though coming in at just over $3 million, they’re not too shabby either.

Though the most interesting (or lucrative, depending upon what side of the fence you happen to be on) thing is that the film only cost $3 million to produce, which means that before it finishes its run, it will probably earn somewhere in the ballpark of $50-60 million dollars.

Which is a lot of profit for minimal output.  In some ways such films can be considered as a counter-balance to the massively budgeted tentpoles that tend to bring in significantly less (in terms of profit) and much greater risk for a studio.