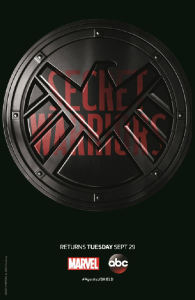 That any creative person would compare the result of the demons that drive them to babies is so common a sentiment that it borders on cliche.

The thing is, there’s a reason that a turn of phrase ends up cloying and as well-worn as your favorite pair of jeans.

And that’s because it manages to say so much, with so little.

And it also fits Marvel Television’s first series, Marvel’s Agents of S.H.I.E.L.D. particularly well in that it’s was launched to much joy and fanfare by many of the people who love comicbook-based material.

That ardor soon cooled for some because the series featured fewer superpowered beings than they preferred.

This was recognized, and remedied in the show’s second season, elevating it to arguably one of the better superhero on television.

Season three looks to continue that trend, with the introduction of the Secret Warriors.