When I heard that Fox had not only lost the rights to Marvel Comics’ Daredevil, but Marvel Television–not Marvel Studios–had relaunched the character in a 13-episode series on Netflix I have to admit that my interest was definitely piqued.

(It’s worth mentioning that I’ve seen Fox’s version, and its biggest shortcoming was that the producers tried to make Daredevil too similar to Spider-Man).

Daredevil was the first salvo in the deal, Jessica Jones was the second, Luke Cage will be third, followed by Iron Fist and culminating in The Defenders.

The thing is, the entire house of cards was riding on the performance of Daredevil because if it were a failure, then the likelihood that the other series would follow the same trajectory would be high.

And while Netflix doesn’t reveal ratings, Daredevil apparently performed well enough that a second series began shooting soon after the first was completed.

And since this is the second series, the producers are upping the ante by introducing fan-favorite characters like Frank Castle–otherwise known as the Punisher (Jon Bernthal)–as well as Elektra (Élodie Yung), who was name-dropped in the first season. 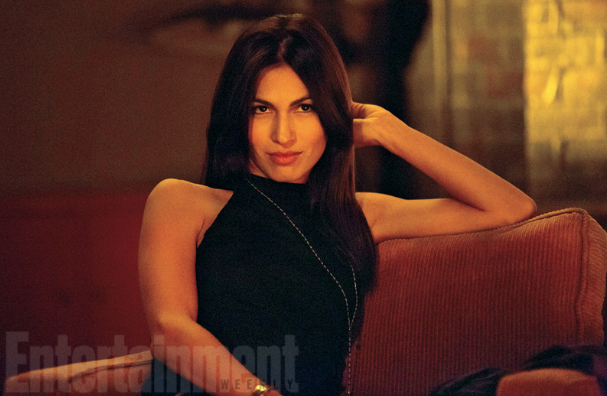 I don’t know who the villain will be in the upcoming season, though with the likelihood is that Wilson Fisk (Vincent D’ Onofrio) will still be in jail.

That possibly leads us to The Hand–since Madame Gao (Wai Ching Ho) escaped to Japan while the getting was good during the first season–Melvia Potter (Matt Gerald), who’s known as Gladiator in the comics and the Owl, who would be the son of Leland Owsley (Bob Gunston), who was murdered by Wilson Fisk.

However they intend to approach the main villain (and I am convinced that it will not be the Punisher) if the second series is even half as good as the first, it’ll be very binge-worthy.

All pictures of courtesy of Entertainment Weekly, as if that HUGE watermark wasn’t a giveaway.