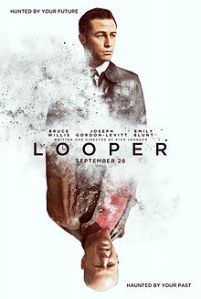 Rian Johnson‘s followup to”The Brothers Bloom” has arrived, and it appears–for a movie that revolves around time travel–to be surprisingly light on special effects. Time travel movies, those that attempt to be faithful to the possibility, are oftentimes too mired in the science to be very entertaining.

A fate suffered by 2004’s Primer; though when they work, they can be move beyond being merely entertaining into the surreal.

This was the case with Timecrimes, which was one of the better time travel-based movies (though I don’t know how scientifically accurate it actually is), despite having a relatively small budget and virtually no FX.