Support LEGO potentially creating a LEGO-ized version of the Eagle Transporter from Space: 1999, one of the most awesome and iconic spaceships in television history. 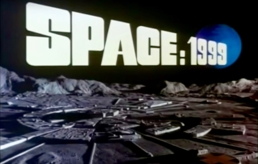 Though most fans of Gerry Anderson’s (arguably) best life action series would want most is a Year Three, but that’s unlikely to happen anytime soon because ITV (the current rights holder) are apparently doing everything they can to ensure that it doesn’t.

As I implied, I wouldn’t hold my breath for a new series, so one way to0 show your love is to create create an account at LEGO Ideas and answer a few questions (all relevant to the potential project).

Besides, if LEGO does an Eagle, can a Hawk be far behind?

And if there’s enough interest to create a LEGO-ized Hawk, who knows what can happen?