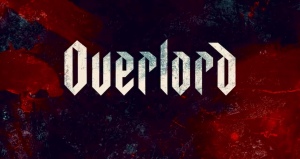 I’ve considered Adolph Hitler and the rise of Nazism fascinating for quite awhile now, though not for what I believe are typical reasons. What interests me is that there was literally no way Hitler could have done what he did without the defacto acquiescence of the German people (at least initially, before his mad enterprise built a momentum all it’s own).

After all, military force can only go so far when someone has to make government function so by default you’re dealing with lots of ordinary people, doing whatever it is that they do, perhaps only distantly realizing they’re–in ways both big and small– in league with a monster.

And that’s of course assuming they didn’t agree with his ‘final solution.’

Vincenzo Natali’s Cube is one of the better examples of a movie where people are placed in a situation where they–literally and figuratively–have to deal with a situation, a process doing whatever it is designed to do seemingly without oversight or accountability.

This brings me to J.J. Abrams’ Overlord which appears to fit firmly in the ‘Germans Are Bad Department,’ but appears to play with Heinrich Himmler‘s fascination with the occult.

And…it feels like something we’ve all seen before. In fact, what separates it from more other examples of Nazi-based horror is what looks like a relatively healthy special effects budget (in fact it virtually a gorier version of Guillermo del Toro’s Hellboy).

And I’d be the last person to criticize horror movies in general though I wish this one had aimed for something more than what appears to be fairly obvious.

One thought on “Overlord – Official Trailer”