“Everytime I think we’ve seen it all, Hell’s Kitchen manages to sneak up and kick me right in the balls.” 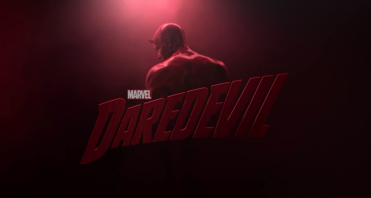 It’s apt that the first episode of Marvel’s Daredevil Second season is called ‘Bang’ because it almost literally begins with one.  New York is experiencing record high temperatures and tempers are flaring along with the heat.

Creatures tend to come out in the night, the darkness bringing out the worse in the City and its denizens.

But in a place when every night is potentially Walpurgis, not every devil is intent on doing harm, because Daredevil calls Hell’s Kitchen his home .

In the vacuum created by the downfall of Wilson Fisk, rival factions have been to come to the fore (or they would, if it weren’t for a unseen assassin).

Some people considering episodes that revolve around Foggy, Karen and Matt–as opposed to Daredevil–as little more than filler, though I disagree because they help to round out thecharacters, so that when Daredevil appears, it’s more dramatic.