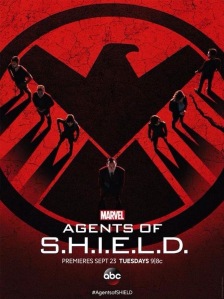 If there were an award for Most Improved Television Series, the likelihood is high that Marvel’s Agents of S.H.I.E.L.D. would be a contender, if not the winner.  It started life not sure what it wanted to be, and seemed to survive primary on the strength of Phil Coulson (Clark Gregg) who’s character had seemingly died in  2012’s The Avengers.

So, while it’s taken time to find its footing–arguably around the Second season–it’s developed into one of the best comicbook based series on television (seriously, if you haven’t watched since its first or second seasons you might want to give it a try because it’s really that good).

Though the bonus is that the series has been renewed for its fifth season!  Part of what aided in its renewal is the idea of story ‘pods’ by the producers, which is  a typical season consisting of three or four stories, as opposed to one or two,which has a curious effect of creating a faster-paced and much more enjoyable series.

Then there’s Ghost Rider (who arguably hasn’t been done better) and Inhumans.