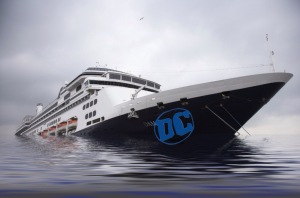 I caught Star Wars: The Last Jedi last weekend and have no idea what all the hullabaloo is about (by which I mean I understand many of the complaints, though they’re not terribly persuasive when looked at in context).

It’s a decent movie though as far as I can tell all the rancor revolving around it is undeserved–though before the movie began there was a trailer for Avengers: Infinity War.

It’s a great trailer, though what interested me more (especially considering I have seen it alt least twenty times) is the response of someone in the theater.

She said, in reference to the trailer, “Those are the really good superheroes.” or something to that effect.

And that, for DC Films, is a problem because what they have lost is something that is extremely difficult to reclaim, and that’s mindshare (a topic I have mentioned before, but is worth revisiting).

At this point, when many moviegoers think of superheroes they think of Iron Man, Captain America or Thor, and to a lesser extent Batman, Superman and Wonder Woman.

That is a problem because–while it doesn’t mean that people won’t see movies with other characters–it does make it likely that they will occupy a lower tier in terms of their preferences.

So, unless Marvel Studios screws up in a big way there’s virtually no way DC Films is going to close the gap.

Which is why–as I have also said before–they should stop trying.

In other words, the only thing that can save DC Films is that they acknowledge that Marvel Studios has won because that will enable them to do what they should have done in the first place, which is to just produce engaging, fun superhero films without the onus of trying to outrun the fastest kid on the block.

Another reason I brought this up is because Warner Bros recently appointed Walter Hamada as head of DC Films.  Harada has been a producer behind franchises like The Conjuring and IT, though it remains to be seen if his success will transfer to the DCEU.