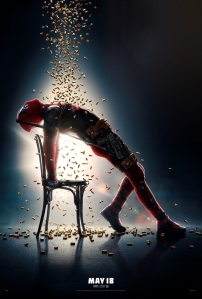 The trailer for Deadpool 2 dropped yesterday, so here’s the Red band version (because unlike Deadpool, we’re all adults).

And speaking of Mr. Pool, the first movie wasn’t nearly as risqué, innovative or clever as it liked to think it was though it was an interesting–at the time–and novel interpretation of a superhero, unending many tropes of the genre.

The only problem is that it has to up its game because while Deadpool’s potty mouth was interesting the first time around, it won’t be quite as much the second.