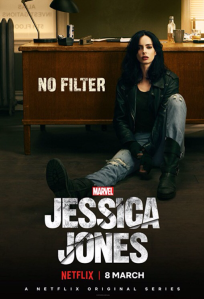 For those of you have seen Season Two of Netflix’s Jessica Jones you might have wondered the same thing I did, namely was it the last for Marvel’s acerbic, misanthropic super-powered detective as it tied up a lot of loose ends introduced in Season One.

Apparently, my fears–while not groundless–have proven to be unfounded as Netflix has renewed the series for a third season!

This makes me happy because it shows that–like Jessica Jones herself–the series is taking steps to move beyond the trauma that drove and defined her and it for two seasons, and trying to bring her to a place where she’s better able to face up to her demons (and who knows, maybe even acquire a bit of empathy toward others in the process).

As you might have guessed, I have no idea how the upcoming will go, though I certainly think the journey should be interesting.