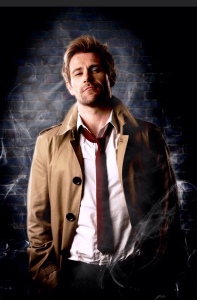 I’ve never thought that Matt Ryan’s portrayal of John Constantine was a particularly good one, though I don’t blame him more than the casting. For a start, Constantine is the comics is physically lanky and more roguish than Ryan played him.

Ryan says all the right things, but never quite does so convincingly.

Then there’s his voice, which if you haven’t seen his former series or DC’s Legends Of Tomorrow, sounds rougher-edged and ‘lower class’–whether one wants to accept it or not, there are variations on a British accent, most of which stem from where in the United Kingdom you grew up as well as whether or not you were rich or poor–than perhaps it should be.

Though perhaps most importantly, Constantine should be extremely world-weary. He’s seen and knows things that would send the average person gibbering in terror, yet he carries the burden despite the costs to himself and potentially the people he cares for.

As I implied, I never felt the desperation (and the barely concealed desire for normalcy) from Matt Ryan’s characterization.