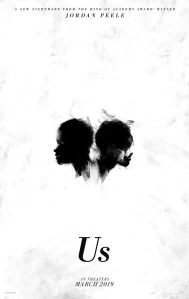 You might not be aware that but Jordan Peele, the director of the breakout hit Get Out, is preparing it’s follow up, Us, also for Blumhouse.

What the movie is about specifically is anyone’s guess, bit supposedly it’s in a similar vein to Get Out, which was a pretty interesting movie, but it was also–essentially–an extra-long episode of The Twilight Zone.

And I’m not being a fan of the term ‘social thriller’ because it’s essentially meaningless and can be applied to anything that addresses the human condition within the framework of a dramatic scenario.

For instance, The Monsters Are Due On Maple Street, from The Twilight Zone‘s first season is what I’d call an almost pitch-perfect example of a ‘social thriller,’ and covers all the bases (that it doesn’t–directly–deal with people of color is neither here nor there, since that’s not a defining characteristic).

Though what I’d also call it is a horror story, a term that deserves much more respect than it’s typically given.