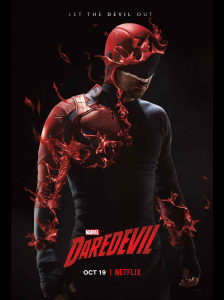 And I don’t mean in a new season of The Defenders because, according to The Hollywood Reporter, Netflix had just cancelled Marvel’s Daredevil.

This is particularly odd because Season Three of the Charlie Cox-led series was arguably the strongest season yet though more than anything else it makes me really curious about how they determine a series has enough viewers to continue or cancel.

So we’re left with Jessica Jones and The Punisher and I’ll be willing to bet that the third season of the former series will be it’s last as well.