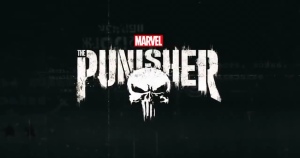 With a second season of Marvel’s The Punisher (as well as a third of Jessica Jones) coming I’m mildly apprehensive about it’s chances.

Not because of issues of watchability–though all the Marvel series on Netflix tend to run three episodes too many–but because of what from the outside looks like some sort of power struggle between Marvel Television and Netflix.

A struggle that the former lost because Netflix canceled not only Iron Fist–which I can understand because the first season was (while there were good spots) relatively weak.

Though the cancellation of Luke Cage that followed days afterward? That was mystifying, especially since the showrunner was essentially ready to go on Season Three.

And just when I thought things couldn’t get any weirder, Netflix turns around and cancels Daredevil, EASILY the best of the Marvel Television series on the streaming service.

Which leads back to The Punisher, and why would anyone who’s paying attention allow themselves to become invested in a series that–if Netflix’s past behavior is any metric, and it is–is not long for this world.

And the worse thing is, this is likely the case no matter how well it actually does.