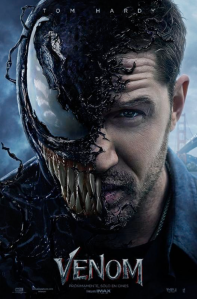 Do you recall the first Venom trailer and how disappointing it was?  Apparently Sony picked up on that vibe, so this time they gave us quite a bit more of Eddie Brock (Tom Hardy) exhibiting his powers.

And that’s a good thing though for some perhaps it’s a little bit too late.

Though Venom aside, I found this more interesting.

The reason why is because because it’s new, and apparently a sign Marvel Studios wants to separate its productions from those that just happen to use their properties.