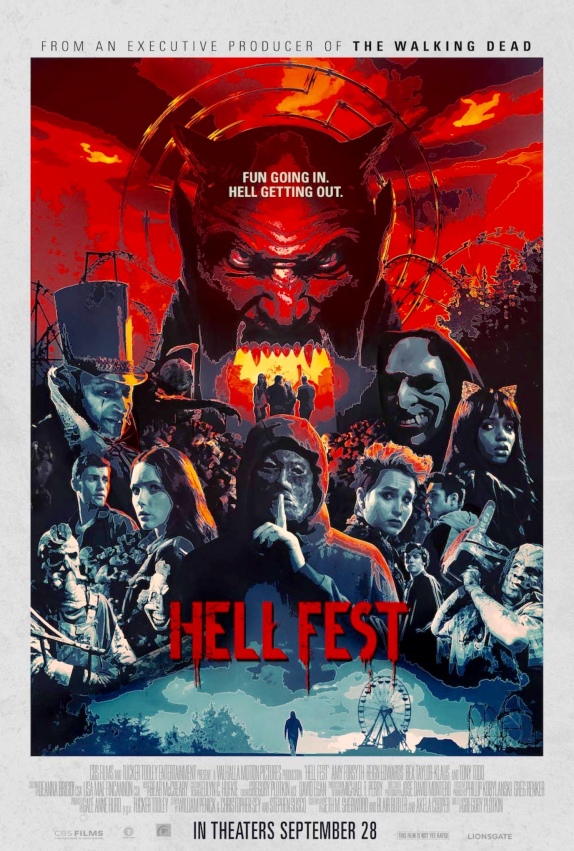 Hell Fest is not a good movie.  It’s seemingly a throwback to 1980’s slasher films–not a bad thing in and of itself,  Hereditary, released earlier this month, is itself a throwback to movies like Rosemary’s Baby–but where Hell Fest goes wrong is that it’s a throwback to the worse tendencies of slasher movies, with archetypes instead of characters and a story that never really gets really fleshed out (which is odd because it’s a relatively simple one).

In fact, story-wise it’s vaguely similar to The Houses That October Built.  And while that movie wasn’t perfect, it’s a heck of a lot more interesting than Hell Fest.

Check out my review below.