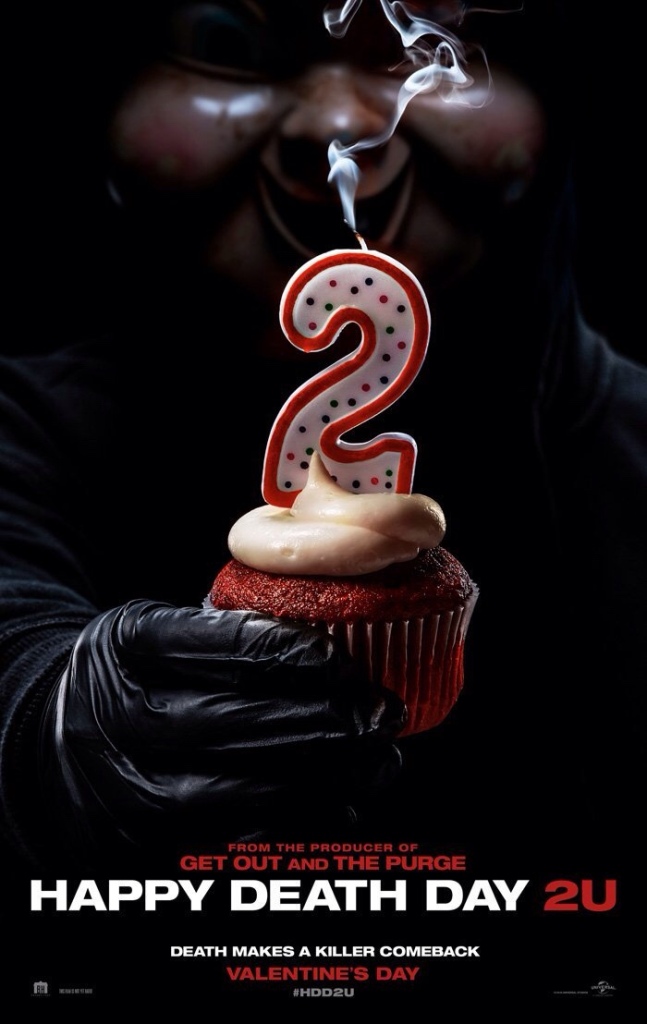 I didn’t catch the original Happy Death Day though I thought that the idea–essentially Friday The 13th meets Groundhog Day–was pretty clever and a twist on the traditional slasher film formula.

I didn’t surprise me that there would be a sequel, after all Blumhouse released the original movie and their whole modus operandi is making relatively low-budget horror movies (typically no more than $10 million) though what did was that the trailer for the sequel turned up during a showing of Halloween (review coming any day now!).

And while the trailer looks pretty interesting–I intend to catch the original soon–it’s also a bit confusing as seems to (needlessly?) complicate what was initially a pretty simple concept.